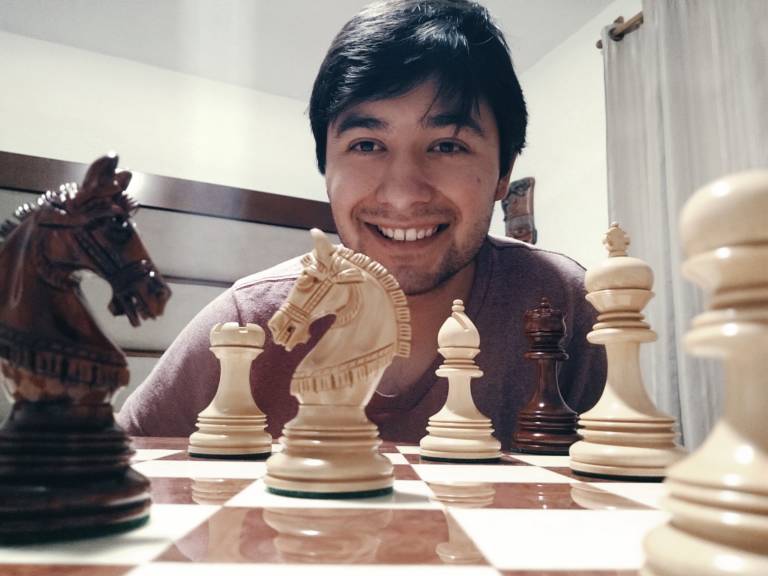 Hello, Chess Lovers.
Father’s day, my birthday and Christmas and my family do not have to ask me what I want as a gift.
Hello, Chess Lovers. I want to share a little about my story. Chess has been an art that I met thanks to my father in 1999, when I was just entering primary school with my brother. I remember that he was a very introverted child but with many passions still hidden, one of them was Chess. My father taught me how to move the pieces since I was little and it was a game that I understood almost immediately. It was an entertaining hobby for me, until it started to interest me a little more at age 14, when I won my father’s first game with a “Checkmate in the hall”, I still remember that it was when my tower entered by the column of H and his King was locked up with his pawns (at that time he didn’t even know what was called “checkmate in the hall”, but it still turned out). You should know that the board on which I beat my father is older than me, so the memory of that day and many other interesting games are still stored between the boxes. A lot of time passed and I walked away from chess, I never studied it as I try now at my 26 years. But, I don’t know, that passion in me suddenly woke up again. And the fortune with which I ran was that now I also found ChessBazaar. You can not imagine the time I spent watching pages and pages throughout the web to find someone who offered me chess at a good price. So when I saw this great online store I found out about the reliability of their products until I was convinced. I spent a lot of time saving with great sacrifices because in Mexico it is difficult to make a living for most people, however, the effort gave results. Since in 2019 I was able to acquire chess that took my sleep away every night. It was difficult to make a decision, because although chess seemed cheap because it was a work of pure art, it was still difficult for me to acquire it, until I finally bought it without caring about anything. Now, Chetak II is the chess that I finally have (I also have a French Lardy, which I bought on offer). And you know, even though I have it in my hands, sometimes I can’t believe it completely. But yes, it is real. For me it was like fulfilling a little dream full of luxury. And now I will take it from time to time to surprise my rivals and dazzle them with their beauty, so I will win a few games when I take them off guard (hopefully one day against Magnus Carlsen, since it is a great board that is worth it be used against a rival of his size and genius). So you know, when you can consent to yourself or consent to someone, I guarantee that giving a chess game to someone who loves a board of 64 squares and 32 pieces is like lowering the moon and stars. A hug from Mexico to all Chess Lovers and ChessBazaar! Go through the shadow! Success in your games! And if you feel like chess, save, save a lot and buy it, there is only one life!

Take a load off and enjoy 10% off all products storewide using Coupon Code: FIRST10. Enter your email below to receive such amazing deals in future.