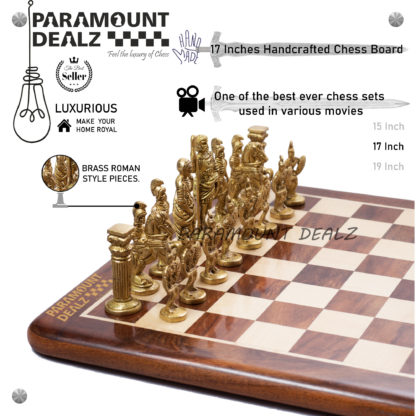 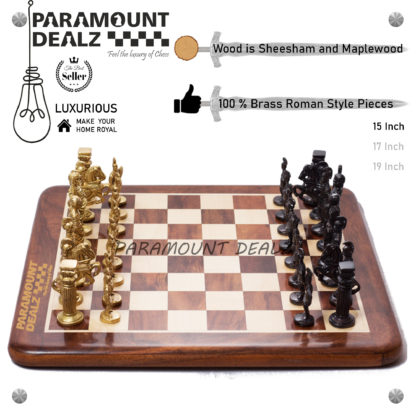 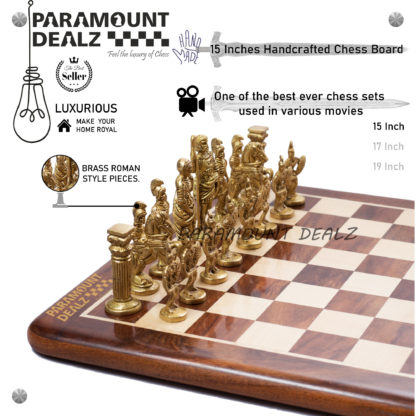 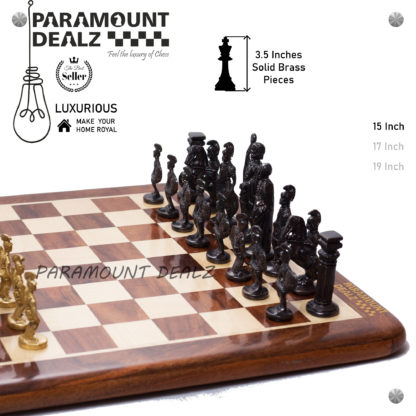 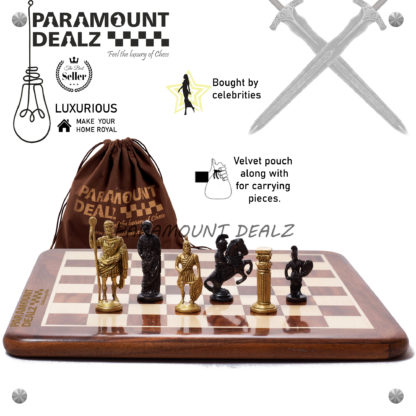 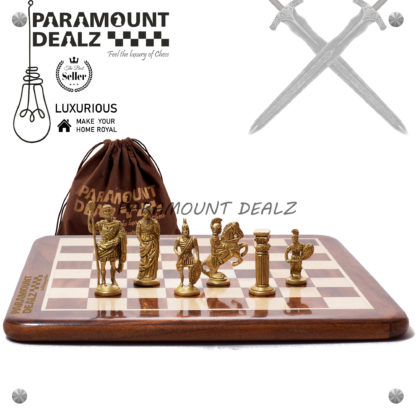 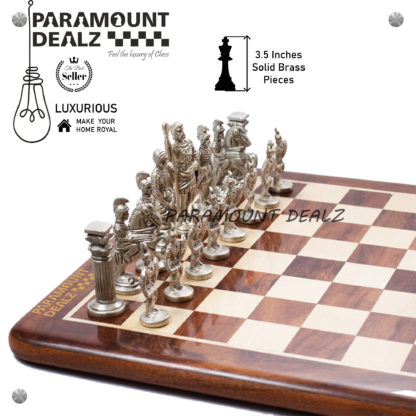 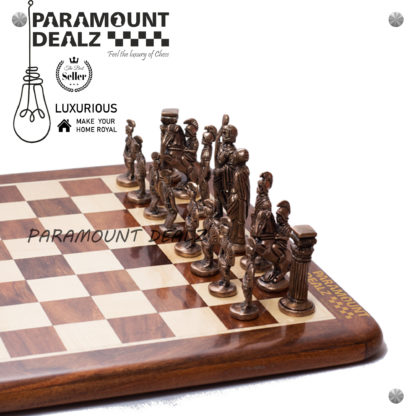 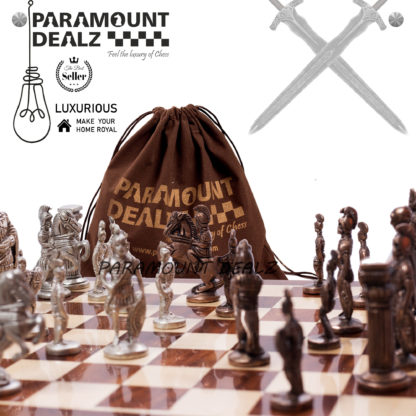 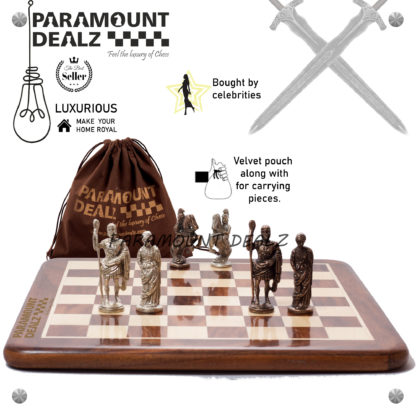 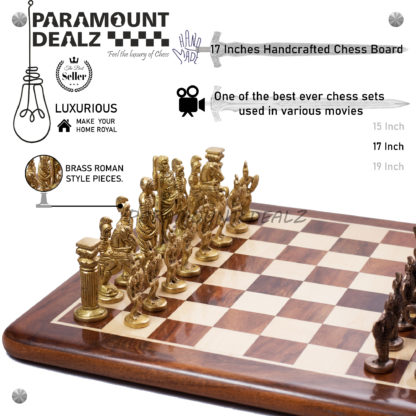 These roman chess pieces were recreated to show the imperious atmosphere of early Rome. As shown in photos, the King is a recreation of Julius Caeser in the Roman period, the Queen, A Lady of noble birth in a typical dress, the Bishop, A standard Bearer carrying the insignia of the Legion, the Knight, an equestrian soldier of the period, the Rook, A Roman garrison tower, and the Pawn, an armed Legionaire of the period. These chess pieces are heavily weighted and come in Metal and the pieces have a King height of 3.5″

The founding of Rome goes back to the very early days of civilization. It is so old, it is today known as ‘the eternal city’. The Romans believed that their city was founded in the year 753 BC although modern historians though believe it was the year 625 BC. The Roman empire in the end was overrun by millions of barbarians from the north and east of Europe. It is believed to have happened two or three times in history that huge migrations took place across Europe, where peoples moved to settle in new territories. The great migration proved too much for the Romans to stem. Their armies were designed to defeat other armies, not entire folks and peoples flooding toward them. The collapse was completed when Rome itself was conquered by the Visigoth Odoacer and his men in the year AD 476. But what is generally referred to as ‘the Fall of Rome’ doesn’t include the eastern empire. This, with its centre in Constantinople, managed to cling on for almost another thousand years until it was eventually conquered by the Turks under their leader Mohammed II in the year AD 1453.

Board Size : 16 Inches or 19 Inches (Depends on the selection you make)
Wood : Sheesham & Maple Wood
Finish : Laquer finish to give board exquisite look.